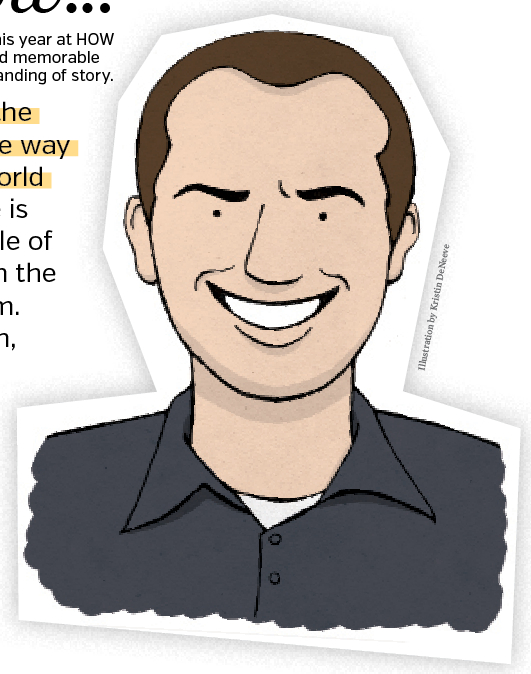 Justin Ahrens is one of two featured designers in this year’s notebook that is not part of the CFC speaking crew, but he is and has been part of the HOWLive portion of the conference a few years running now. If any of you were like me a couple years back, asking, “Who is this Justin guy everyone keeps talking about?” Well this feature will hopefully explain him a little. The best way to get to know Justin is to meet the man, but for those who won’t have the chance, here is the next best option.

Justin’s article was the first one that had to be expanded to three pages. I really wanted to get to know what “A Day In the Life of Justin” looked like. He seems to have so much on the go at all the time with his studio and never mind a family of four kids. How does he do it all? Though in hindsight, from what I have seen of his wife – I think there really is a great woman there behind the great man. For Justin his answer included:

What is a day in the life of Justin like?
Running a firm equates to a very early start in the day. On a good day, I get a workout in first thing so I am not yelling at my kids. If I plan things right, I can leave right when my daughter gets on the bus and I get to embarrass her  to start her day.

Not sure I need to say much more after this reply. You will find Justin is sincere in his passion for design and making a difference in his own way. He makes a conscious effort to appreciate all that he has, and as a follower of his online, I see a lot of that energy from his family which is amazing to see. The world can definitely use  more people who do more than live their life, but love it.