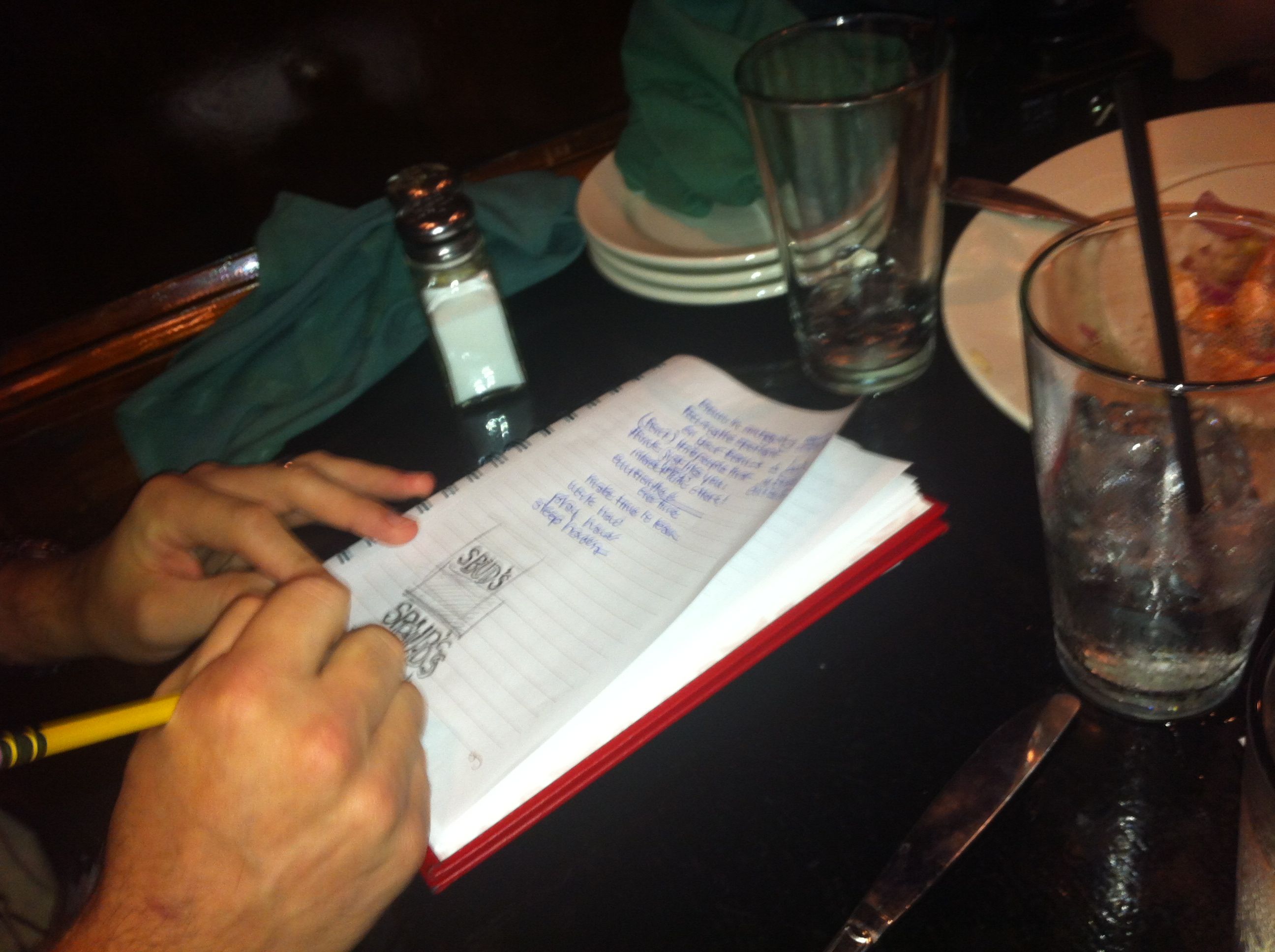 David at lunch quickly sketching out a concept he simply had to purge out of his head in the moment.

There are so many connection stories I had at HOW this year. Another one that just makes me smile is getting a chance to meet up with the @retweetartist. Oh the joys of twitter. I first noticed a re-tweet by Dyana Valentine, of one of her tweets sketched up visually by said artist. The concept I loved. Sort of like a twitter version of an editorial cartoon. So of course I had to start following the guy.

It was the third day of the conference and following my twitter I noticed that @retweetartist was posting about a #HOWLive session he just watched. The man was at the same place I was! Well of course I messaged him and said I so wanted to meet him. He quickly responded of course let’s do lunch. So since I had planned to attend another lunch with a group of designers – I invited him along. I was really looking forward to seeing the face to the creative genius and had to laugh when I got to the restaurant. I had seen him before the day before at the 6am morning netwalk. Of course I never ‘met’ him that morning, I was too focused on meeting Ed Gandia, King of the International Freelancers Academy, but one in the same. I almost kicked myself for not expanding my meet and greets that morning. If not for the joys of twitter I wouldn’t have connected with such an inspiring designer, David Michael Moore. 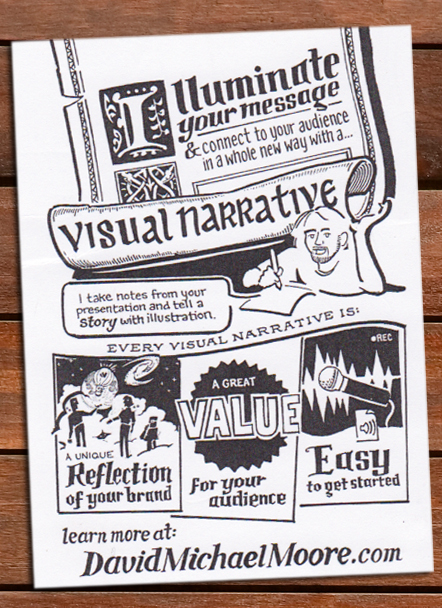 Over lunch he talked about he had attended HOW the previous year in Chicago and it was because of the doodle sketches he made during Peleg Tops’s session which he sent to Peleg in appreciation of his presentation, whom encouraged him to pursue this sketching visuals more seriously. This encouragement led him to start up his daily twitter account and sketching as the @retweetartist.

So how is that for cool? The ways in which the simplicity of a conference created that brings together creatives’ can inspire such brilliance. For me, it is Creatives’ Cupboard and for David – it was a new look and direction for his talent.

I look forward to following up with David in the next few months and hope to feature him in the next issue of Creatives’ Cupboard.

So for some daily inspiration give David a follow @retwetartist and check out his site – www.DavidMichaelMoore.com