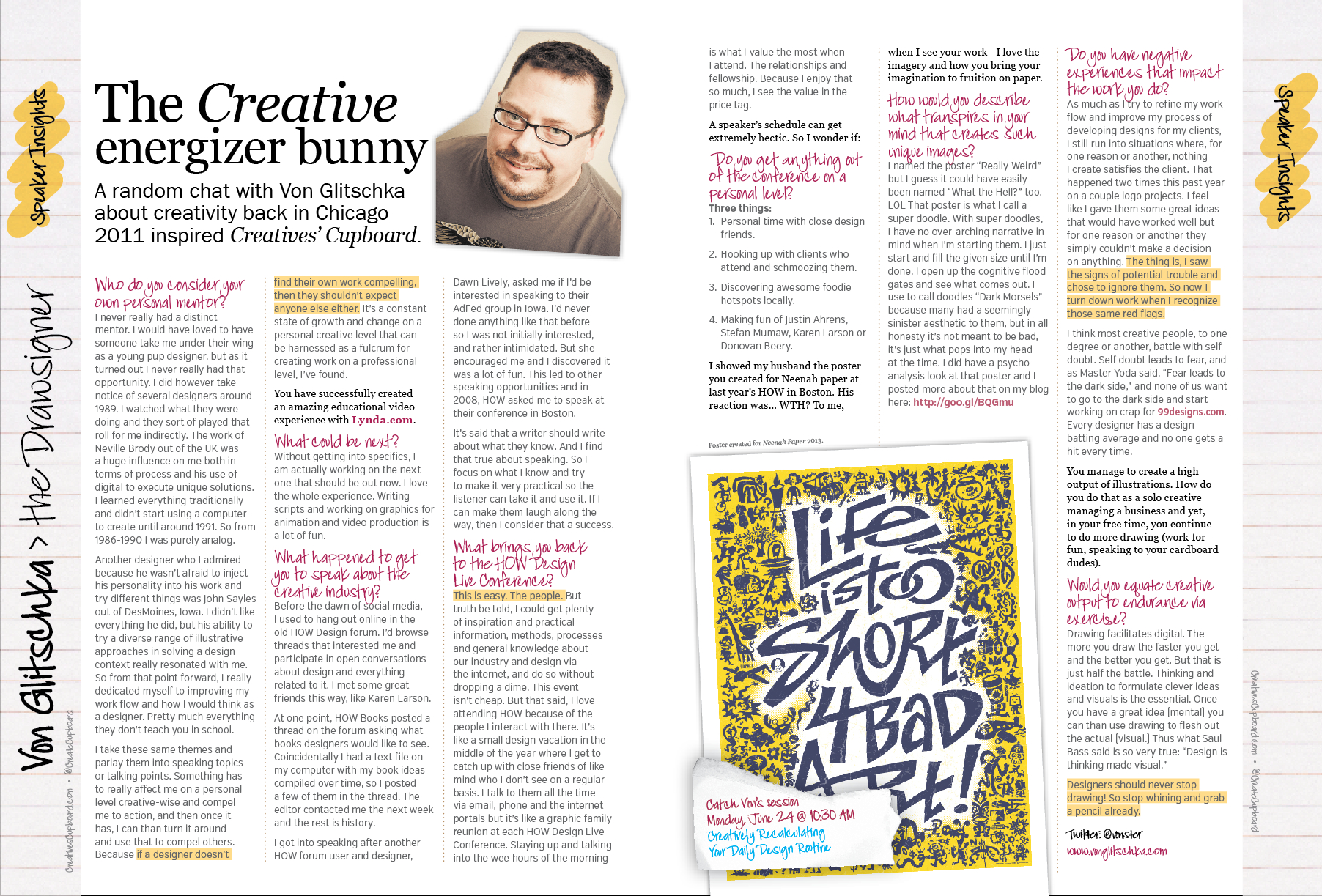 Before I send out the final post on this extensive project. I have kept the best for last, Von Glitschka. It was after I lucked out  sharing a table with Von, Stefan and fellow Albertan, Kathleen, that  we got talking about creativity. Von put it out there that he thought the most creative people were mom’s in his eyes. Of course I asked why and he responded:

At the end of the day, a mother goes into her cupboard and manages to make a meal out of whatever she can find. If this isn’t true creativity, I don’t know what is.

Well, he had me at mom and creativity (both applying to me of course), and it is true. It is a challenge at the end of the day of working hard to open that cupboard door and wrap your head around what you have to work with and you have to make something to feed your family and a bonus if it actually tastes good.

Von was my first ask to interview, which he said of course, but also suggested Sam Harrison, Stefan Mumaw and a few others of who I did follow up with. Along the way, I lost track of tracking Von down and getting his insights. So this issue I made a sincere effort to include him.

If you find yourself at the conference, make sure to stop by the Neenah booth and pick up his new signed print poster – compliments of Neenah Paper.